Cork Airport renames its main runway due to magnetism 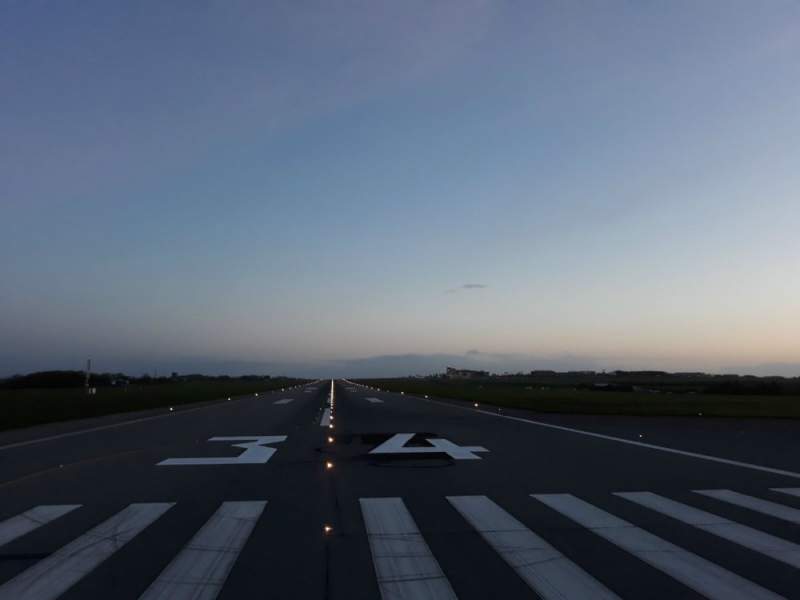 The airport's runway, which was designated as Runway 17/35 in 1961, is now Runway 16/34. The re-designation is a result of changes to the Earth's magnetic poles in the past 57 years, which have shifted the runway's magnetic headings. The runway now stands at 164°M and 344°M respectively.

The re-designation took place on Thursday the 26th early in the morning before the first wave of departing flights.

Con Dooney, General Manager Operations and Safety at Cork Airport said: “Cork's two-digit runway designator is crucial for pilots during take-off, landing and taxiing. Thanks to the coordinated efforts by Cork Airport and the Irish Aviation Authority, we are delighted to complete the renumbering overnight without any delay to our busy first wave of departing flights."

“Work on the actual repainting of the runway numbers started as soon as the final flight landed on Wednesday night to be finished in time for the first departure on Thursday morning at 6am.”

Nathan Wall, Safety Lead at Cork Airport added: “This project was initially set in motion two years ago. The repainting of runway numbers is the final step in the process, which has also included the updating of pilot charts and airport directories, along with briefings to air traffic controllers, our Airside Management Unit and colleagues in Airport Operations on the new designation.”

Airport runway numbers change approximately every 50 years, with the next re-designation for Cork Airport due in 2068.